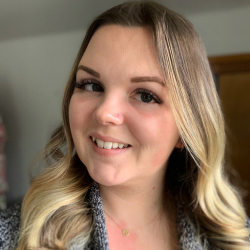 Brittany Rogers
Brittany has been reading Tarot for 17 years and deep-dived into its history, purpose, and purpose. Her interest in Tarot started when she was just 13 years old. Since then, he has been enthusiastically reading for friends, family, and herself. It's part of her everyday life, and she loves sharing with others on Tarot Technique.

The Celtic Cross spread is said to be one of the most fundamental tarot spreads. It is taught in most introductory classes and can be found in many “How to Read Tarot” books. This spread can be used for general readings or for specific questions that the Seeker has.

There are three common formations for the Celtic Cross that are explained below. Each one offers the reader explanations for the cards. However, the placements vary.

If completing a reading for yourself, you simply need to shuffle the cards until you feel that you’ve done an adequate job or until you feel “done.” This feeling is different for everyone and takes some time to get used to. A good rule of thumb is to shuffle the cards, thinking of a particular problem or situation. This will allow your conscious mind to hone in on what the most important piece.

Some readers fan the cards out before them on a table (or the floor) and pick from a line. This method is beneficial if you feel your mind was scattered while you were shuffling the cards to begin with. However, it can be overwhelming as a standard deck has 78 cards. Fanning the cards also requires perhaps more space than the Reader has. For example, reading at a dining room table versus a coffee shop table.

Placing the cards in their numbered order depends on which version of the spread the Reader chooses to use. There are three common versions of the Celtic Cross spread and each of the layouts is explained in detail below.

This version of the Celtic Cross was popularized by Priscilla Pardridge using the pseudonym of Eden Gray. During her lifetime, Gray wrote some of the most influential tarot divination books. This version of the spread can be found in her book Mastering the Tarot (1971). This spread is different from both the Waite and Thoth methods explained further down.

Gray’s outline is as follows:

The first six cards in this spread are clustered around each other, creating the “cross” shape. Card 7-10 are placed to the right of the shape and are laid out from bottom to top. At first glance, it may look like there are two separate spreads being laid out, however, by following the numbers assigned to each card, the Reader is able to follow the linkage between them.

The Rider-Waite spread is most commonly used in associated with the Rider-Waite deck; however, it can be used with any existing tarot deck. Waite’s version of the Celtic Cross is based on the Catholic sign of the cross (“head, heart, left, right”).

Similar to the Gray layout, this version of the Celtic Cross has ten cards with 7 through 10 on the right side of the “cross” shape. However, the main difference between the two is the layout in which the first six cards are placed. Card 1 is in the center, Card 2 is placed horizontally across it, but Cards 3-6 are in a different order. Card 3 is placed above Card 1, and Card 4 is placed below Card 1. Card 5 is placed to the right of Card 1, and Card 6 is placed to the left of Card 1.

This spread was popularized by Aleister Crowley. This is arguably the most common of the three spreads as Cards 3-6 are placed in clockwise order around Card 1 and Card 2 and are therefore easier to remember. Unlike the other two spreads, Card 3 in this deck illustrates the Seeker’s destiny or their higher purpose. Often Seekers are too focused on what is directly in front of them and are not yet aware of their higher purpose.

While all three spreads are similar, Waite and Gray’s spreads have the most in common. The meanings of the cards are identical, however the placement (therefore numbering) is what sets them apart.

Whereas for the Waite reading:

As illustrated above, the ordering is different but the meanings for each card placed remains the same.

With all 3 versions (Gray, Waite, and Thoth) Cards 7 through 10 are identical and are placed in the same order, regardless of which method used.

This spread stands out the most simply because it has something that the other two don’t: a card about destiny. In many descriptions of this spread, the card is explained by relating it to the Seeker’s destiny and the path they should be on. However, another reading of the card, while still keeping with the idea of destiny, discusses the awareness of the Seeker to their greater purpose or higher calling. It is important to note that some Seeker’s will turn up their nose at the word “destiny”, therefore having another way to read Card 3 in the spread is necessary.

There is no one answer to this question. It is this practitioner’s experience that whichever the Reader is most comfortable with is the one they should use. Each version of the spread can be used to answer general inquiries or specific questions, meaning that nothing is lost by using one over the other.

However, the Thoth version of this spread, for this Reader, makes the most logical sense in the placement of cards and is therefore easier to remember. By moving in a clockwise motion of placing the cards (12, 3, 6, 9) it is one less thing the reader needs to try and remember. Since the Celtic Cross is one of the most rudimentary tarot spreads, it is important that learners to the craft become familiar with this spread. But because of the sheer number of cards required for a reading using the Celtic Cross, it can be overwhelming. Choosing a spread that makes some kind of orderly sense, could be beneficial for the tarot practitioner.

In Benebell Wen’s book, Holistic Tarot (2015), she says that “[i]t might almost be laughable for someone to call him- or herself a tarot practitioner and not know one variation of the Celtic Cross” (p. 336). While this practitioner disagrees with her wording, it is important to point out that the Celtic Cross is one of the most fundamental tarot spreads, second only the basic 3-card spread for Past, Present, and Future readings. The inclusion of the Celtic Cross in most tarot reading books (introductory or not) makes it a staple for every practitioner, regardless of systematic belief or training.