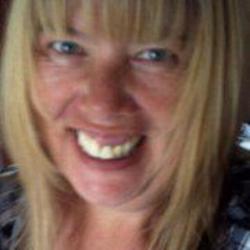 What can we say about the Three of Wands, except it’s an absolute joy of a tarot card? It’s like a breath of fresh air with all the promise of a warm Spring day. The Three of Wands brings news of optimism, potential, stability, and meaningful success, and all the great things that that kind of mindset generates.

If all that sounds rather sentimental, bear with me, as this really is a fair and realistic review. So, of course, you won’t be shocked to hear there has to be a catch. The Three of Wands can be a hard taskmaster to those not putting in the effort, so anyone hoping for a leisurely ride will be disappointed.

Still, there’s always room for growth and redemption, so either way, this is a tarot card you are lucky to receive. Before we go into the Three of Wands meaning, let’s look at the upright and reversed keywords connected to it.

Keywords for the Three of Wands Tarot Card

The Suit of Wands

With their connection to the element of fire, all wand tarot cards are said to have an energy overload. In turn, this makes them quite exciting but also volatile and unpredictable.

The Wands is a suit designed to provoke and inspire debate, making wand tarot cards both challenging and refreshing. Sometimes they can be inspirational, providing insight and solutions into complex situations. However, at other times wands represent negative energy in the form of a bad attitude or reckless behaviour.

Whatever the wands throw at you in a reading applies very much to the present. It’s a very immediate tarot suit, one that provides a warts and all behind-the-scenes glimpse into your life. No holds are barred here, but you’ll grow from the feedback. I promise!

That’s a plus point, too, as wands are no timewasters. They are sharp and to the point. Wand tarot cards force you to both tackle current challenges and appreciate or celebrate what’s good. Then it’s done, and you simply move forward.

The number 3 in tarot numerology represents a bonding of ideas or energies. There are a total of six in a standard tarot deck, like Rider-Waite. Each suite, [wands, cups, pentacles, and swords], has one number three card. Plus, there are two in the major arcana; card number 3, The Empress, and card thirteen, which is Death.

Overall we can expect seeing number three in tarot readings to alert us to the progress of some kind, perhaps towards a goal, a person, or an achievement. This movement could be to solidify what’s working or represent a huge life change. It all depends on the cards and the context.

One more vital point to make is that tarot cards with a three can warn of a critical transformation period ahead. This means tarot threes are often linked to occasions like births, puberty, marriage, or divorce.

Some of these things are choices; some are inevitable and beyond our control, but they all promise a positive outcome. Change can be powerful and scary, but they are always just part of a bigger plan to get you where you need to be.

Symbolism and Imagery of the Three of Wands

The Three of Wands visuals are dominated by a man standing with his back to us. He is dressed in robes and is pictured staring out over a wide-open space. Ahead of him, we see land, but between the man and that ground is water; a lake, or perhaps the sea.

The man is holding one of three wands that are planted in the ground just behind him. It’s unclear whether he is simply resting his hand there or if the wand is actually holding him up.

Both the man and the card reader have a clear view of the way ahead, and everything looks clear and calm. It’s possible to sense his mood, one of determination. Perhaps he is feeling excited, albeit a bit nervous about the journey ahead. Mainly though, this man seems to be feeling confident that extraordinary adventures are close by, and all will be good because he’s ready for anything.

Even if we dream of an easy life where all we desired fell straight out of the sky, would you trust it in reality? Probably not, because most things in life feel more precious when some effort is needed to conjure them up.

That’s what makes the Three of Wands tarot card so much fun. If you are prepared to do and be your best, you’ll be rewarded with good news. This card screams new directions, exciting creative opportunities, and fantastic long-term prospects.

The sky’s the limit so long as you can apply yourself. Investing in lots of planning time, managing risk, and nurturing new connections are all essential factors for success.

Just like the man in the picture, patience, thinking, and preparing will set you up for a great future—one where you’ll be ready to take those first steps forward on your journey.

If you are single and looking, then it’s your lucky day. Turning an upright Three of Wands in a tarot love reading or question is a sure sign that someone just right for you is close by.

There’s no promise it’s your soulmate, but never say never. For now, make sure you keep your eyes peeled, as this mystery lover could pop up anywhere.

If this card appears to those in a committed relationship, there’s good news too. The Three of Wands strongly advises that you pencil in some couple of times, so book that mini-break and get romantic because even deeper bonds are ready to be formed.

In a career reading, the three of wands card tells you that fresh opportunities and adventures are on the horizon if that is of any interest. You may get the chance to work abroad, get a promotion, or even consider retraining for a new job in another field altogether. If you’ve ever thought about starting your own business, this could be the perfect time to do that, too.

When your tarot focus is more on finances, the three of wands still has plenty to say. It asks you to acknowledge your achievements and celebrate your successes. Perhaps you tend to play down your skills or concentrate on earning but never spend much on yourself. By appreciating what you are capable of, the universe will make sure you are never without. So start spending, okay?

In a health reading, the Three of Wands is a call to action. If you have been managing or struggling with any health concerns, you really must take action.

This could affect your physical, mental, or spiritual health, and you may feel it’s easier to ignore things or feel unsure where to turn. Either way, it’s time to stop dithering and start asking for help. Pester power and some creative thinking may be needed, but don’t give up.

Don’t be afraid to try out an alternative, or complementary style treatments, like Reiki, ear candling, or moxibustion. Ancient treatments like acupuncture are worth considering too. Of course, you should choose a qualified practitioner before undertaking any health care procedures or consultations.

Although all tarot in reverse form can strike a little fear in our hearts, they’re not always irreversibly gloomy. You can think of the reversed Three of Wands as being like a nagging older sister. She means well and has some good advice; you just don’t always want to hear it.

When it is seen in reverse, the Three of Wands symbolizes a roadblock of some kind. Not a physical barrier, but a blockage sparked by those genuine concerns that new opportunities throw up. They are entirely natural and nothing to be ashamed of.

The Three of Wands in reverse form encourages you to identify and own these potential hazards, then seek solutions to address them. That way, you can look confidently to the future, knowing you’ve dealt with the past.

Turning the reversed Three of Wands in a tarot love reading is a reminder to be patient and avoid rushing into things.

If you’re single, don’t feel pressured to dash headlong into a relationship. Take your time, and give yourself the chance to make sure of your feelings. Letting things develop at a natural pace will get you a better outcome.

If you are in a relationship and there are some unresolved issues, face up to them. In contrast to the single people out there, you cannot benefit from holding back and simply doing nothing. Be honest with yourself before handing out the blame cards, but don’t consider settling for someone unworthy.

If your career is halted, work bores you to death, or your income doesn’t set your bank account on fire, you are officially stuck in a rut. You don’t need the reversed Three of Wands tarot card to tell you that!

Where it is helpful, though, is in providing insights. With this card, new directions that will bring positive change are the name of the game. Stop swimming in the stagnant pond water of low-level misery, and leap into freshwater where everything seems possible.

Money-wise, the suggestion here is to evaluate your finances. Do you know your accurate earnings and outgoings per month? Even if you are not at panic stations, it’s wise to be careful. Check for unwanted direct debits or auto-renewing payments for long-forgotten subscriptions. Taking responsibility for your finances is always a positive move.

Everyone should be trying to be as healthy as possible, but that’s often challenging in real life. Surprisingly, though, the health message revealed by the reversed Three of Wands is pretty upbeat.

If you have been actively looking to eat more healthily or boost your fitness level, that’s great, and success is destined to be yours. If you haven’t seen that yet, don’t give up because you can do it. Do ask those around you for extra support if you need it, though. Remember, health is as much about mindset as anything else.

Question: Is the Three of Wands a Yes or No Card?

Answer: in a one-card reading, the answer is yes. However, the Three of Wands does mention effort is needed for any positive response, so it’s not an easy pass.

Question: what does it mean if the Three of Wands appears in the “past” position in a tarot reading?

Answer: In a basic three-card, past, present & future tarot spread reading the Three of Wands refers to a moment when you held back in the past. Your decision may have been brave or difficult, but it was the right one to make. You should take comfort from that and be proud.

Question: What is the significance of having multiple threes appear in a tarot reading?

Answer: A single three releases energy to facilitate new ideas and merging connections. When two, three, or more appear, they relate the timescale for positive outcomes. In other words, the more threes you see, the sooner things will happen.

Question: Is it worrying if The Fool features in the same reading as the Three of Wands?

Answer: Not at all. Don’t be misled by his title, as The Fool brings energy, enthusiasm, and the desire to explore. His presence can only mean good things for you. If nothing else, The Fool will get you motivated and moving.