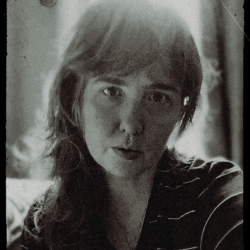 Amber Brinnier
Amber is a certified Astrologer from the Portland School of Astrology. She is also a graduate of the popular Tarot For the Wild Soul program by Lindsey Mack. Her knowledge of Tarot runs deep, and she has an immense passion for the art. She loves passing that knowledge and passion on to the readers here at Tarot Technique.

The Four of Pentacles is a card that speaks to our impulse to hold onto the things we feel we have earned. There is a tendency sometimes to grasp these things too tightly, which belies a deeper belief that perhaps we feel we don’t deserve them, or they don’t really belong to us. We could also be retreating away from our support systems in an effort to preserve some part of ourselves that we feel may be lost or taken away.

Let’s dive deeper into the Four of Pentacles meaning and examine the energy around it and all the ways it can show up for us in tarot reading.

In Tarot Numerology, the Number Four is an anchor. The Major Arcana card, The Emperor, is a Four card, as well as Death (13 = 1 + 3). Both in their way represent anchoring, structure, and stability. This is then echoed in the Four cards of the Minor Arcana.

When a Four is present, we are being asked to examine how we can bring an issue into balance. If you look around you, you will see the evidence of the support of the number four – the four corners of a bed, of a room, of a house.

A crossroads go in four directions, there are four suits of the Minor Arcana, and four elements are represented. Four cards create a foundation upon which the subsequent cards can stand.

The Four of Pentacles represents material stability – what you have, and how you build a stronger foundation on top of it.

The Pentacle suit is aligned with the element of Earth, and thus with the zodiac signs Taurus, Virgo, and Capricorn. The Earth element, and by extension the Pentacles suit, is about manifestations in the physical realm.

While it can and often does refer to material goods and money, it is better to look at the Pentacles as covering resources as a whole. Not all of our resources are tangible, and yet they can be used to bring about a better life for ourselves – think of skills you have learned, or support you can give. People in our lives can even be a resource, and we can be a resource to other people.

Think of the person at work with a particular skill set, who you go to when you need help with a problem in that realm. These resources are nonetheless valuable in our lives for not being tangible objects.

Four of Pentacles Imagery and Symbolism

In the Rider Waite Smith deck, the Four of Pentacles features a lone figure sitting outside of town. He could be a king – he has a crown on his head – but somehow it is obvious that he has not come into his kingly powers yet.

He is clutching a coin tightly to his chest, while his feet rest on two more. His crown is crowned by another coin, symbolizing that these coins are all he can think about, all he has, and all he rests on.

This often shows up as isolation or crossing boundaries, but in a more positive light, it can mean that you are creating needed boundaries in certain areas of your life. As always, the surrounding cards will clarify the intention.

Four of Pentacles Upright In a Love Reading

In a love reading, the Four of Pentacles shows that you are holding on too tightly to a partner. You could be overly possessive or jealous. You or your partner could also be holding on to past grudges or issues within the relationship, which is causing resentment.

When this comes up, it is time to work through these issues, either by discussing and letting go or by ending the relationship. If you are single, you could be holding on to a past relationship or issues pertaining to past relationships, leaving you closed off from future romantic partners.

Four of Pentacles Upright In a Career/Finance Reading

In a career reading, the Four of Pentacles can indicate that you are in a stable position in your career at the moment. However, you may be wary of losing that position to somebody else, and overly suspicious to the point of isolating yourself from your colleagues. You could also be feeling trapped in a job you dislike for fear of losing the financial stability that comes with it. It is up to you to decide what is more important.

In a financial sense, the Four of Pentacles shows reveals, on the positive side, that you are enjoying a bit of financial security, and now is a good time to begin saving up for a big purchase. On the negative side, you could be hoarding wealth or resources without actually enjoying the ease that comes with financial stability.

Four of Pentacles Upright in a Family Reading

Four of Pentacles Upright in a Health Reading

When the Four of Pentacles shows up in a health reading, it can show that there are issues you are holding on to that are having an effect on your health. Since Pentacles relate to the physical, it can indicate that holding on to emotions for too long is starting to manifest in your physical body and causing health issues. To a lesser extent, it can also indicate a health issue that seems to be lingering and needs to be dealt with.

You could be in the process of simplifying your life and getting rid of material possessions or cutting out toxic people. Since reversed cards are used differently by tarot readers, it could also be that you need to pay special attention to this card and its upright meaning when it comes up in a reading.

How you read reversed cards is personal to you, but if you choose to read them as an opposition of upright meanings, here are some ways they can be read in different spreads.

Four of Pentacles Reversed In a Love Reading

When the Four of Pentacles comes up reversed in a love reading, you are ready to let go of fear and resentments in your relationship and approach things with your partner from a more open perspective. It can also indicate that it is time to leave behind a toxic relationship.

If you are single, this card in reverse indicates that you are ready to let go of the fear of being in a relationship or an ex you haven’t been able to get over, and ready to meet new people or start something new. This is generally a positive placement in a Love spread.

Four of Pentacles Reversed In a Career/Finance Reading

In a career or finance reading, the Four of Pentacles coming out reversed may generally be seen in a negative light – it depends on the spread and cards surrounding it. It could indicate giving up or losing a job, making poor financial decisions that seem to siphon money away from you, such as gambling or large debt.

In extreme cases, it could indicate something like bankruptcy. If this card shows up reversed, you are being asked to take a very careful look at your financial situation to see if there is anywhere you could be tightening up your resources. In a more positive light, it indicates that you have the capital to be generous with large amounts of money, or to finally make a large purchase you have been saving for.

Four of Pentacles Reversed in a Family Reading

Family-wise, Four of Pentacles reversed is a pretty clear opposite of the upright meaning – it is time to let go of resentments you have with family members and try if you can to heal or mend your relationship. If you have been No Contact with a family member, perhaps now is the time to reach out again, or they could be reaching out to you.

Keep in mind that if this is an abusive situation, you are not under any obligation to accept them back into your life; in that case, a release of anger and resentment without any further contact with them could be in order, so that you may move forward.

Four of Pentacles Reversed in a Health Reading

In a health reading, Four of Pentacles reversed indicates that you are releasing blocks of energy, tension, and the like, and on your way to a release and perhaps on the road to better health. It could be a sign that it is time to seek treatment for tension such as chiropractic adjustment, or massage.

The Four of Pentacles, whether upright or reversed, is a call to action and a motivating card. When it appears, it is asking you to bring your attention to the things you are holding onto too tightly, or what needs to be let go. Consider this quote by Gyalwa Dokhamapa: “When we hold on too tightly to our attachments we are trying to keep them just as they are, to make them permanent. But nothing in life is permanent.”

Can you release your grip on something in order to let it fly? Can you relinquish control of a situation? Or is it time to take control back? These are some questions to ask yourself when this card appears. Enjoy the things you have, without stinginess. Honor and create boundaries with yourself and other people, in order to become closer to them. Save on small items, so that you may be generous with yourself later.

Question: Is the Four of Pentacles a Yes or No card?

Answer: In a Yes or No reading, the Four of Pentacles represents a ‘yes’, as it is a motivator and a call to action in most cases.

Question: Do Pentacles always refer to material goods or objects?

Answer: While Pentacles do cover material goods and tangible objects in the realm of the physical, they can also refer to more ephemeral resources: love, support, or even skills you possess.

Question: Nothing is wrong with my finances right now; why did I pull the Four of Pentacles in a financial reading?

Answer: It could be that you are getting ready to make a big purchase, and the Four of Pentacles is a warning that doing so might be an overextension of your finances. It could be that you are being asked to be more generous. Look to the surrounding cards in a spread, or pull a clarifying card, if you are ever not sure of why a card has shown up for you in a reading.

Question: What Zodiac sign does the Four of Pentacles represent?

Answer: The Four of Pentacles can refer to any earth sign, but in particular, it represents Capricorn. Capricorn as a sign wants to do things in a traditional way to maintain integrity – holding on to skills learned in the past. They are also seen as a sign that is interested in the movement of money, and an out-of-balance Capricorn personality can be a bit stingy – all aspects of the Four of Pentacles card.

Just remember when this comes up that you cannot miss what is meant for you, and the things that are yours to keep will never be out of your reach. The Four of Pentacles can help us bring our finances, resources, and relationships back into balance.